The free upgrade from Windows 7 (and 8.1) to Windows 10 was officially only possible for one year after the release. But the free upgrade still works today.

Microsoft is right about that, but it still misleads users. What users are interested in is whether they are still able to move from Windows 7 or 8.1 to Windows 10 for free.

Microsoft dodges the answer and only writes that the free upgrade via the GWX tool no longer works. But until today you can switch to Windows 10 completely legally free of charge in other ways.

This does not require hacks or secret tips, Windows 10 simply accepts the activation keys of its predecessors.

In this post, we would like to show you that, for example, Windows 7 users who fear the end of support can still switch to Windows 10 free of charge.

But before you really do that, you should make a backup of the existing system. We examined in a test how current backup programs are doing.

Your system can be backed up completely free of charge with tools such as Macrium Reflect.

The easiest way on Windows 10 is via the Windows 10 Update Assistant, an official Microsoft tool.

After the backup described above, install it on your existing Windows version, whether Windows 7 or Windows 8.1 and click through the wizard.

The tool checks whether your system is suitable and then downloads Windows 10 in the background. Then the installation begins, which is connected at least with a restart.

At the end of this procedure, you performed the free upgrade to Windows 10.

The Update Assistant lives up to its name and carries out an update. But especially if you change the Windows version, this is also a good reason for a new installation.

To do this cleanly, you can write the Windows 10 installation files to a USB stick, start the system from the stick and then reinstall it.

But that sounds more complicated than it is in practice, because the Media Creation Tool, also an official Microsoft software, helps you with this.

It fetches the current Windows 10 version and writes it to a USB stick if desired.

Read out the Windows key 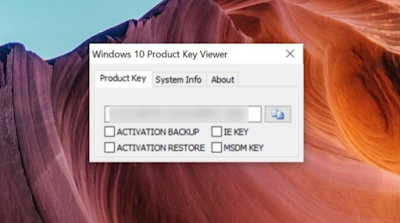 Of course, Windows 10 also wants to be activated. An activation key is required for this. Windows 10 also accepts the keys from Windows 7 and 8.1. It is often the case that the key is stored in the UEFI firmware on the mainboard.

Windows 10 is so smart to read this key during installation. You don’t have to type anything anymore, Windows 10 activates itself automatically.

If this is not the case for you, you can read out and save the Windows key used in advance. If Windows 10 then asks for the installation, you have to type in the key once.

Windows 10 then checks the key and should activate it. Tools such as the Windows Product Key Viewer take over the reading of the Windows key.

Conclusion: In this post, We provide All necessary tool to Move your system to windows 10, By following above steps All work will be Done Successfully without interruption.

How to sync android device to windows 10

How to turn your smartphone into a webcam ; Basic

Stay on op - Ge the daily news in your inbox